Due to the principle of energy efficiency, our brains respond with the best-learned behavior, an automatic process that underlies the way we communicate, influences our emotions and, ultimately, affects our abilities to bond as people—and as an organization.

For many years, in the business world, we’ve been talking about ‘soft’ and ‘hard’ skills, where we tend to refer to ‘soft’ skills as being those related to communication and relationships, but also because of the fact that they’re flexible.

However, neuroscience has shown us that we’ve got this all wrong. We reach adulthood with well-installed behaviors, 90% of which are automatic. But, automatic does not mean unconscious, as it refers to the way in which our responses, attitudes, reactions, and mental models, are brought into play by areas of the brain that are not involved in conscious reflection or rational decision-making. 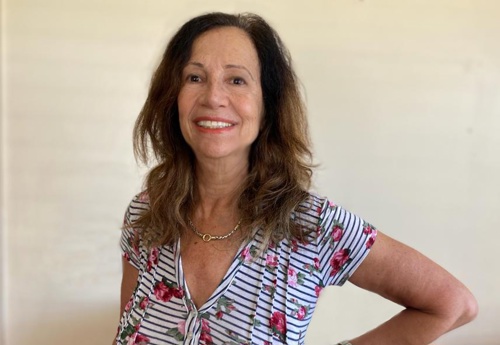 Basically, our brains take the path requiring the least expenditure of energy, meaning that we tend to put the most learned behavior into play. For those with leadership roles, these patterns mark the way they lead, and, as a collective phenomenon, forge an organizational style and culture.

Now, what happens when an organization needs to evolve or change its leadership culture?

I want to discuss some conditions and principles that we should take into account to ensure that these changes and learnings—which are not so soft—can be seen as feasible:

1- Develop an awareness of those automatic behaviors which are entrenched in the culture of the organization or in the way its members act. As these are automatic behaviors, we tend to be fairly unaware of them; so, when we take a look at ourselves, and describe and label these behaviors, it enables us to go from implicit to explicit knowledge. In turn, this allows us to intervene or influence such behaviors if we consider this appropriate or necessary.

2- Act systemically. This means that the various strategies designed to bring about change, train and develop people, as well as the company’s communication strategies, can be aligned with each other to reinforce learning, strengthen messages and foster new behaviors in a coherent and consistent manner, using multiple channels.

3- Narrow the gap between the ‘Theory Declaimed’ and ‘Theory in Use’ (terms coined by Chris Argyris). Our brain employs complex mechanisms to make sense of the discrepancies between what people say and what they do. This means that it tends to adopt behaviors allowing it to ‘survive’ or develop in certain social groups. Being able to identify such gaps and contradictions allows the effort and investment made by the organization in training, development and continuous improvement, to create the changes desired and achieve its objectives.

4- Promote a ‘conversational culture’. Appreciative feedback, assessing achievements and discussing emerging and sought-after behaviors, are all great drivers for reinforcing these behaviors. Corrective feedback, self-perception, and the courage to hold difficult conversations are also challenging yet vital aspects of the path towards bringing about change and learning, whether between individuals, teams, or throughout the organization as a whole.

5- “The power is in the Focus”. This phrase belongs to the world of neuroscience and means that, in order to provoke intentional change, we must first focus on training our brain to develop conscious functions aimed at curbing the impulse to go down a more familiar path. Our brains change depending on where we place our focus of attention. We can start to create new habits by making a conscious effort and employing so-called ‘executive functions’ which include learned abilities such as analysis, goal-setting, beginning and finishing tasks, anticipating events, curbing impulses, and may others… All of these require awareness, training and ‘focus’.

6- Sustain new actions and learning processes that bring about change, over time. Many training and change processes fail to meet their objectives because they are not given continuity and enough support to sustain them over time. As I’ve tried to explain above, we must be aware of the force of inertia exerted by our habits and culture.

These conditions, and others that I’ll discuss in a later article, are key to successfully accompanying the challenges facing the business and the great transformations that these times of change have placed before us.

As they say, "soft isn’t so soft": it’s an opportunity to reflect on the wonderful possibilities that we human beings have to learn and choose who we want to be.

*Adriana Marcovich is an educational specialist, Director of Szych-Marcovich Asociados Consultores. A consultant with over twenty-five years’ experience, Ms. Marcovich coordinates and facilitates the "Leaders in Action" Program at Tecpetrol, aimed at middle managers and new leaders. She trains executives in areas such as how to identify potential, hold feedback conversations, and plan development strategies and conversations. She also coordinates the Mentor Training Workshops, in addition to accompanying the company's teams and leaders in a number of different situations.